Sphagnum moss can be an essential tool when planting succulents. It is commonly called peat moss, but that isn't what you want. Peat moss or sphagnum peat are dead, decayed moss. You may have seen bags of peat moss meant to be used as a soil conditioner. The stuff we are interested in for our succulent plants is long fiber sphagnum moss.

Not all Sphagnum Moss is equal
In a large city recently, I called half a dozen garden centers looking for long fiber sphagnum moss. No luck anywhere. I finally found a sad example of moss at a big box store. It was ugly brown, full of sticks and would only be good if used where it couldn't be seen. I was surprised by how difficult it was to find nice looking sphagnum moss. 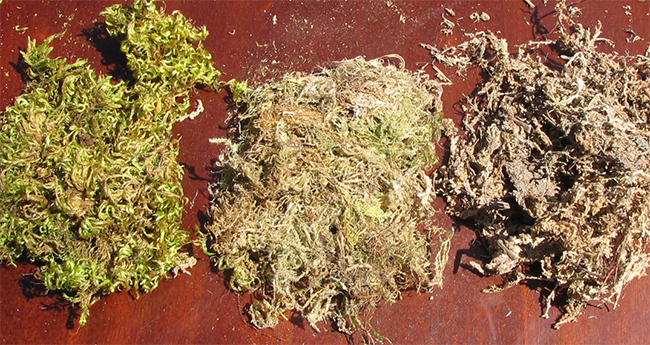 Uses of Sphagnum Moss
Succulents love sphagnum moss because it absorbs lots of water and then dries out quickly. This allows the plants to get the water then need without suffering from rotting issues. Here are some of the ways that sphagnum moss and succulents work together well: 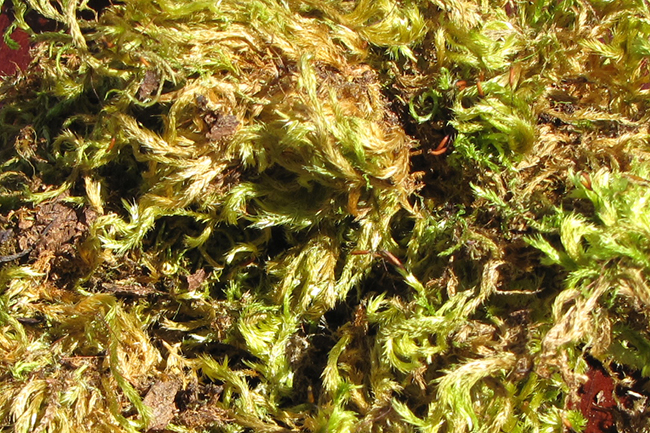 Also, unless you're harvesting moss directly in the wild, it isn't alive. It's either used as decoration, or like a bunch of sponges to absorb & hold water. Misting the moss won’t do anything to keep it green. Generally with time and sunlight even the nice green moss will brown some. Other decorative mosses that have been dyed pink, lime green or other colors won't fade, but they are purely decorative.