Sempervivum, Sedum and other succulents have a great resume of positive characteristics. They are drought tolerant, easy care, have colorful year-round foliage, and many are cold hardy. In addition to all this, hens and chicks and sedum often find their way onto Deer Resistant plant lists.

Unfortunately, the lists of deer resistant plants haven’t been well distributed among the deer herds. You’ll notice that all the lists say resistant, not deer proof. That’s because there really isn’t such a thing as a deer proof plant. There are varieties that deer don’t like quite as much, but it doesn’t mean that they won’t take a bite now and again.

Deer are browsers. They take a bite here, a nibble there and a whole garden somewhere else. As anyone who lives in an area with deer knows, they will eat pretty much anything and can cause real destruction in the garden.

Well, hens and chicks, along with other succulents, are deer resistant plants. Most of the time deer won’t them. They aren’t their favorite food and they would rather eat something else. But, they will eat just enough to be frustrating and keep you on your guard. 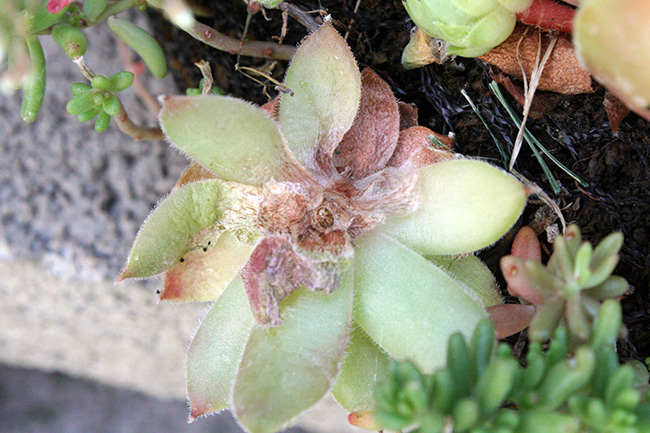 Usually they will only eat your sempervivum plants around winter time when food is more scarce. That isn’t a hard fast rule, though. I had a succulent wreath hanging a couple feet away from a tomato bed. One morning in early summer I walked outside to find several gaps in the succulent wreath. 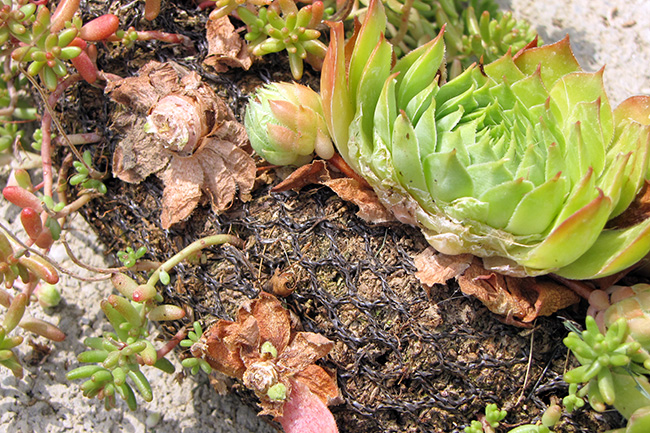 To keep deer and rabbits away from your hen and chick plants it often requires an extra layer of protection. Fences or netting around the plants are sure to keep them safe, but it isn’t always the most attractive solution. When people are having problems with deer in their yards, we generally recommend a deer repellent like Liquid Fence. This is a great solution for keeping rabbits and deer from snacking on your succulent plants.

If the deer do munch on your hens and chicks, don’t despair. A plant with a bite out of it will produce babies that can replace the mangled plant. When eaten down to the ground, the stumps that used to be your beautiful rosettes will begin to regrow. Hens and chicks are aptly named sempervivum, meaning live forever. They have a determination to live and often come back even when you think the deer have finished them off.