Hens and chicks aren’t typically known for their flowers. Many people are unaware that these succulents even produce flowers. When summer hits it can be startling to see a familiar plant begin to grow in such an unfamiliar way. Don’t worry, you haven’t done anything wrong, it’s just part of the natural life cycle of the plant.

A rosette is the typical form of hen and chick plants. When the center of that rosette starts to grow upwards then you know it’s the beginning of the end. The center of the plant pushes up and up and up as it turns into a flower stalk. Finally the leaves on the end of the stalk will peel back to reveal a cluster of buds. Those buds will bloom into pink flowers. 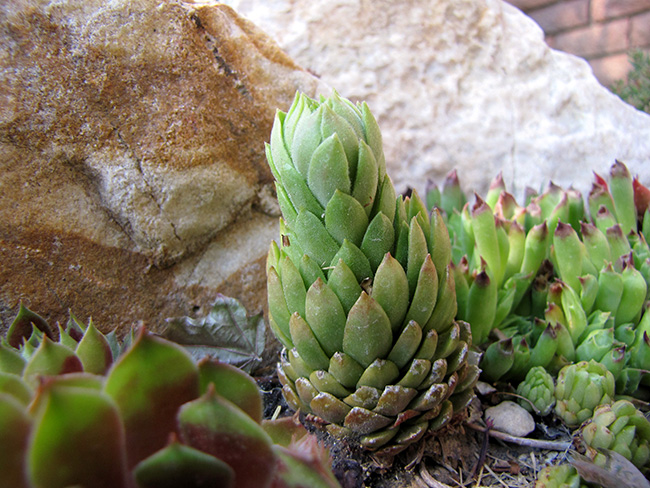 Once the flower stalk starts to push up, you really don’t know when it will stop. It could grow an inch, or more than a foot.

Small rosettes can disappear and become a stalk rising straight out of the ground. Larger hens and chick varieties don’t necessarily produce longer flower stalks. However your sempervivum bloom, it’s always surprising to see the long flower stalks on such small plants. 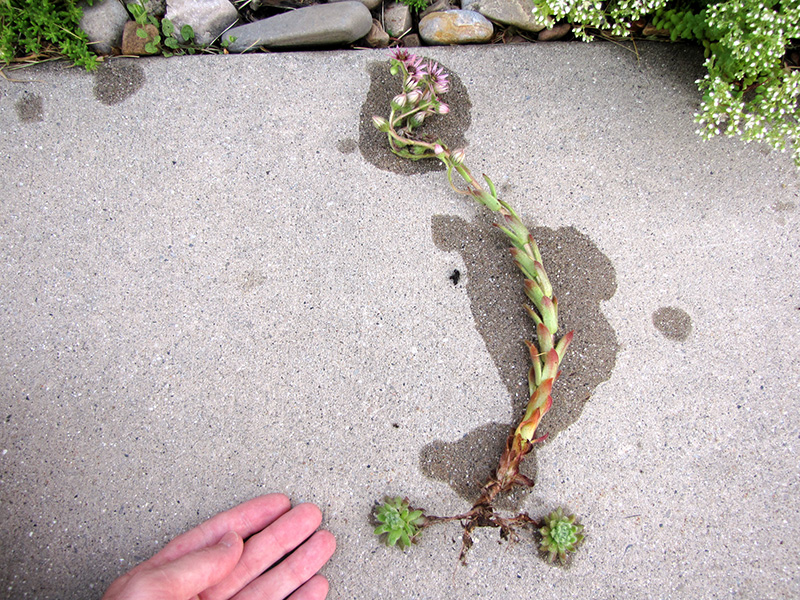 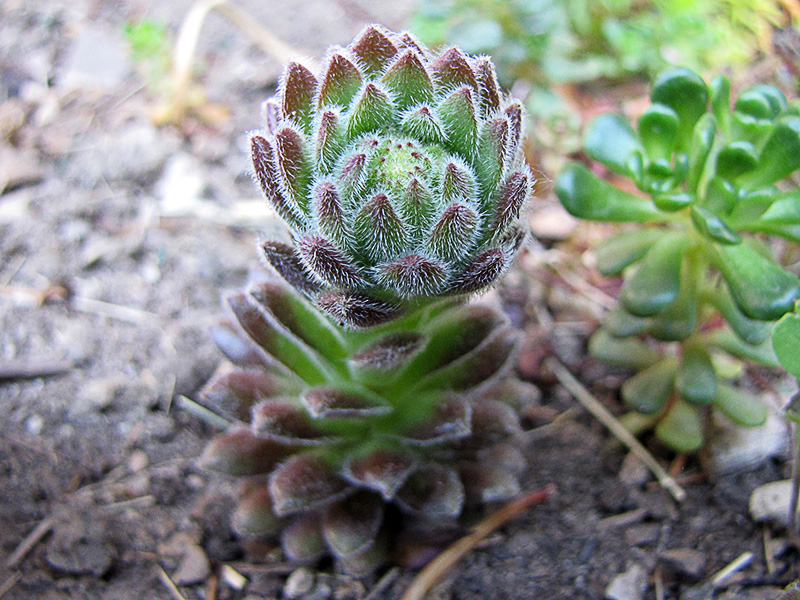 Sempervivum flowers are dainty star shaped things. The flowers of different varieties can have very subtle differences. Blooms are typically pink, but can also be red, pale yellow, or white. Up close the flowers of hens and chickens are actually very intricate and pretty. 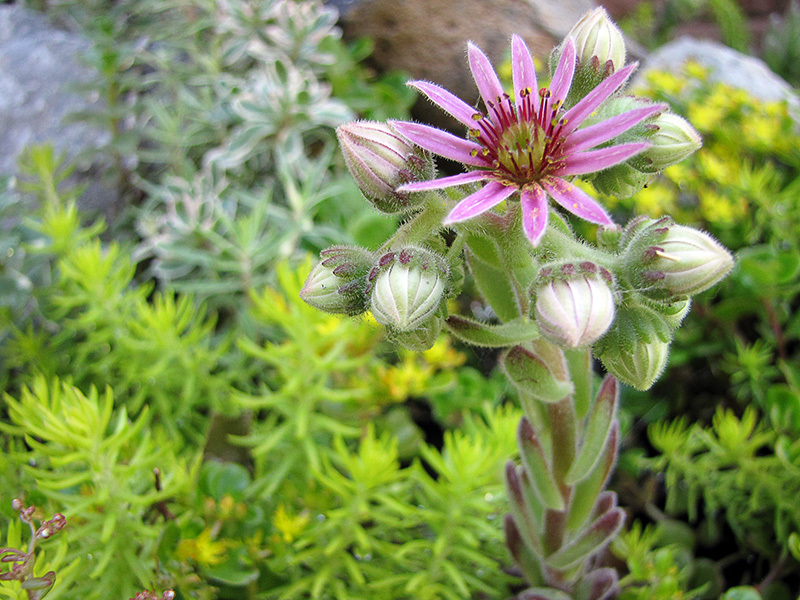 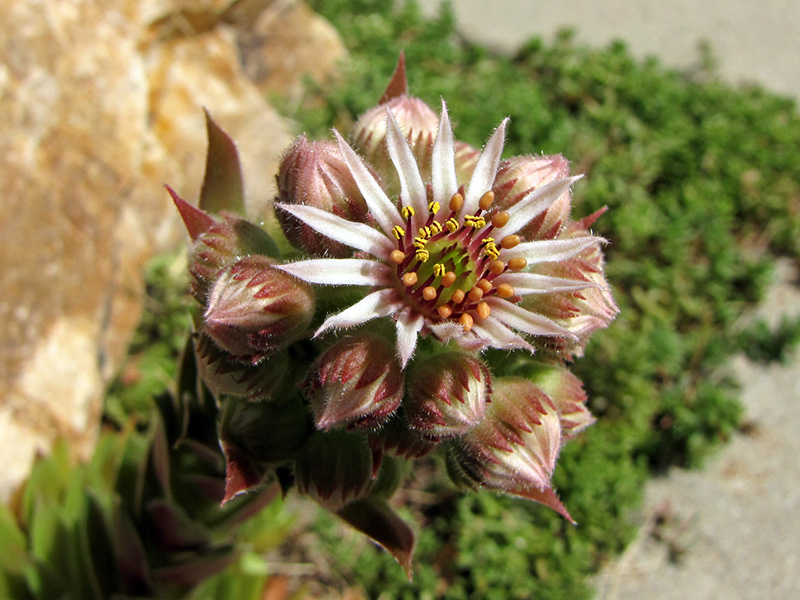 Despite the pretty flowers, it can be sad to see these succulents bloom. Hens and Chickens are monocarpic plants. This means that they flower, seed and then die. So, you will only see blooms on each plant once. 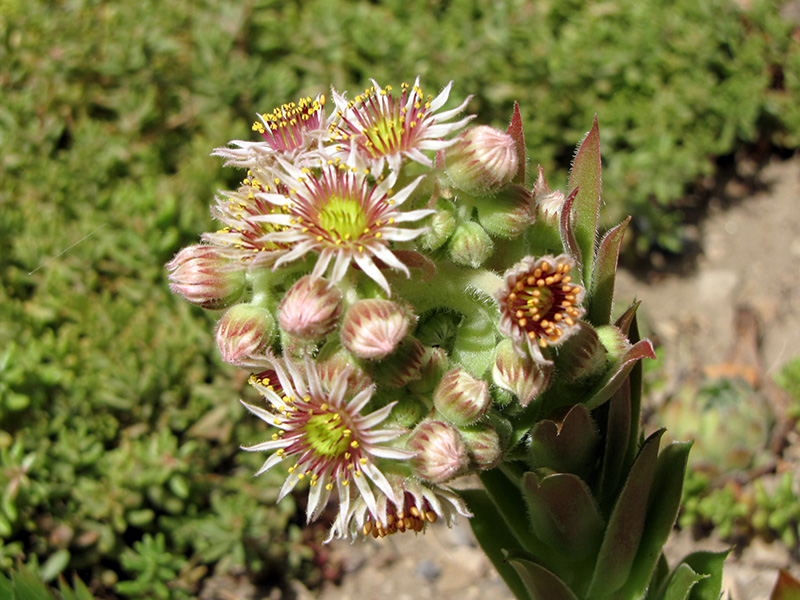 The real name for hens and chicks is Sempervivum. Semper is latin for always and vivum means alive. Well, why would the name of a plant that dies after flowering once mean “always alive” or “live forever?” It’s because they don’t typically flower for several years. Sometimes a plant will grow for 4 years or more without flowering. During those years of growing the plant continues to produce offsets. Once a plant does die it has usually produced many, many offsets to replace it, giving the appearance that it lives forever.

Hens and chicks don’t always wait several years to bloom. Overcrowding or stress can cause the plants to bloom early. Some varieties of hens and chicks are more prone to bloom under poor conditions. Basically the plant is saying, “I don’t like where I’m at. I’ll throw out some seed to hopefully find a better place to grow.” We once planted some hen and chicks under a tree. Apparently it was too shady for them and in the summer almost every plant bloomed, even the babies. 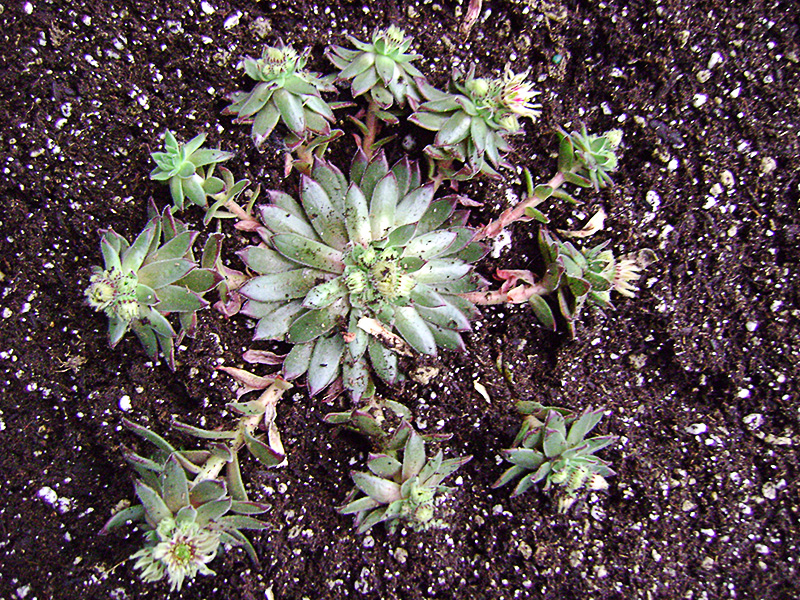 Some varieties of monocarpic plants can be prevented from dying by removing the blooms. It is typically the production of seed that kills the plants. Sempervivum cannot be saved by doing this. If you cut off the flower stalk as it starts to form, the plant will still die. 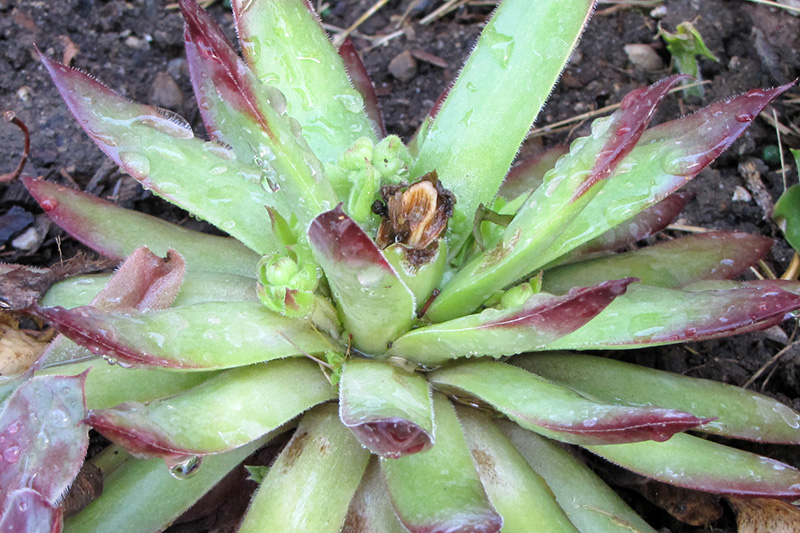 As a side note, echeveria are also commonly called hens and chicks. However, echeveria can produce flowers several times in their lives. They do NOT die after flowering. So, don’t pull out your hen and chick echeveria and throw them away just because they flower. The flower stalks of echeveria are different from sempervivum. It is not the entire center of the plant that grows upwards.

It’s bittersweet to see your sempervivum plants flower. Every succulent gardener/armchair philosopher has speculated on the last unique and showy act of hens and chicks. Some find it sad that there is no way to save the plant as it stretches, becomes ungainly and dies. Others see beauty in the death of a hen & chick plant as it reaches upwards in a burst of color and bids farewell to this world. Choose the view you want to take when you see your hens & chicks bloom. 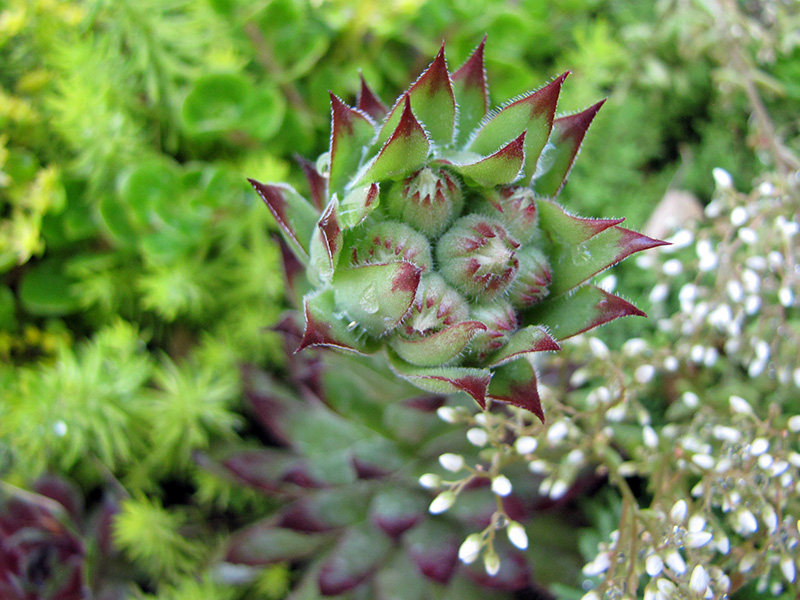